we all know that lying is a sin.
And yet, it is so incredibly hard to go through life without telling lies, not even so called “white lies” – isn’t it?

Recently, someone has lied to me in a way and to an extend I never thought would be possible – I have challenged this person soooo many times and he kept denying and telling me even more lies… hurting me even more…

I have been praying and praying, asking GOD to touch this person – and then, at some point, he has confessed everything and asked me for forgiveness in tears and on his knees…

Of course, I forgave him, but the damage had already been done –  and I have been hurt like I don’t think I have ever been hurt in my life before.

Don’t get me wrong.
I am grateful that he told me the truth in the end.
And also, it is so good to receive a heartfelt apology.
All of us get hurt by others during our lives and sometimes, the person is not even sorry and even if they are, they sometimes don’t have the courage or decency to apologize, so this was a soothing and healing experience.

But I was wondering – why did he lie to me in the first place?

Why do we lie?

What I assume when I go through the examples of lies that I have told or heard in my life, the most common reason or motive for a lie is probably fear.

Fear of being rejected if we tell the truth.

Fear of not getting what we want if we tell the truth.

Fear of not being loved if we show who we truly are.

Fear of being exposed, discovered, found out – and THEN rejected.

There is always a sin behind a lie.

Something which needs to stay hidden.

And then the lie makes it even worse.

It adds pain to the sin, so much more pain.

It is true in my recent case, I would have rejected this person and would not have given them what they wanted and asked from me…

And now, we both have to live with the consequences.

The consequences are hurt and pain and my pain comes also from not having had a choice… I trusted this person.

I have lied in my life, too.

And perhaps I have even lied to myself, maybe even in this case.
I did know that something was completely wrong –  that’s why I asked and challenged him so many times.
On the other hand, I wanted to trust this person and was looking for reasons, for explanations… wanted to be patient, loving, kind…

Me, I always prefer the truth.

There is nothing I love more than the truth.

Yes, I often times wish the truth wasn’t true, but still, it is better to know the truth than to build on a lie –  don’t you think?

I am glad that he did tell me the truth.

And I will even more so now do my very best to not even tell the slightest lies in my own life.

I have been thinking a lot about this.

Have been practicing this and looking for ways to avoid all the little white lies we tell everyday.

For example, I have tried a lot to avoid saying “fine” when someone asks me how I am and I am not fine.

The non-lying responses to this which I came up with so far are:

This is just one example.
What I am also trying is not to hurt people by telling the truth –  and that is even harder, because many times, they really WANT TO hear a lie – and not telling that lie is even going to be enough to upset or unsettle them.
But they need to learn that they have to go somewhere else and cannot come to me for lies – maybe that is a good thing in the long run for them ,even though it may not be good in that moment.

I was also thinking about why this happened to me, why God even allowed this. I had spoken to God about it and I had believed HE had told me something, actually, I still believe HE is telling me the same thing.
It doesn’t make any sense anymore now though.
Not when you know GOD.

So I was wondering, since GOD cannot lie, what was I hearing?
Is it still true what HE said but not at this point in my life?
I have been misunderstanding HIM a lot in my life, because HE has a different time system from mine, for HIM, time is not what it is for me…

OR have I lied to myself and misinterpreted what HE said to me?

Or have I mistaken what I heard as being from GOD when it was not?

I will keep praying about this.

Fact is, I wouldn’t have been hurt without these lies.

But I would have also not known what I know now, about myself mainly.

And about life, love…

Some learnings are painful, but would we have them if we could have chosen not to?

Mainly because MY FATHER will never, ever lie to me.
And because HIS TRUTH has set me free.

Because make no mistake about it, my friend, the world is full of lies, we all are and so many times, it is so much easier to lie than to tell the truth, and I am no exception, I have only been on this journey when I promised myself that I would do my very, very best not to lie, for a while now, and I am still catching myself being too weak, too lazy and too scared to tell the truth.

Even more so am I glad for my savior, who brought so much more truth into my life than there was before, a whole new world of truth and I didn’t even know ONE person or being who had never lied  – to me or to anyone.

I think we all only know one:

John 8:32
And you shall know the truth and the truth shall make you free.

Thank you LORD, for your truth. 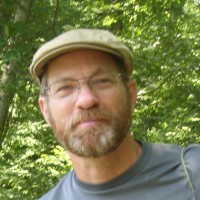 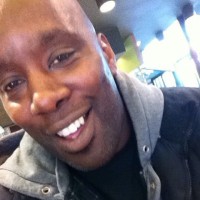