if you ever argued with an unbeliever about the power of GOD or about that HE is stronger than any other god or than the devil or than any other force out there, you probably have many stories to tell!

Perhaps you tried to illustrate the fact that only OUR GOD has the ultimate power and that HE is stronger than any other (false) god or than the devil and you may have remembered and told them the story when Moses was trying to convince Pharao to let the Israelites go.

Egypt was (and still is) heavily involved in idolatry, paganism and magic.
Pharao had many magicians and fortune tellers and charmers and necromancers, mediums, whatever you may want to call them, they lived with him in his palace and he consulted them regularly for advice and for wisdom and to know the future.
They had convinced him that they have supernatural powers and that with their help, he could rule over anyone and become more powerful and increase his kingdom all the time.

Even more so was he unwilling to give in to the threats and warnings of Moses.

There were many demonstrations of the power of GOD necessary to convince him and even then, he only agreed temporarily to give in to GOD’s demand to let HIS people go and later changed his mind and decided to pursue after them, which was fatal.

We all love these stories, because they empower us and encourage us and reassure us.

Because WE are the Israelites.
WE are GOD’s people.
And the Pharaos of this world and of these times are still doing their best to hold us captive and to enslave us and we need OUR GOD to free us from them and to part the Red Sea for us, so that we can walk into freedom…

One of the sequences in the book of Exodus is one of my favourite stories in the entire bible, because it is so significant, plastic, triumphant and simple at the same time.

It is when Aaron throws down his rod before Pharao and it became a snake.

And then, Pharao called his magicians to throw down their rods and they, too, became snakes.

And that’s where the genius, the power and the authority of CREATION of OUR GOD kicks in:

when Aaron’s snake ate the other snakes. 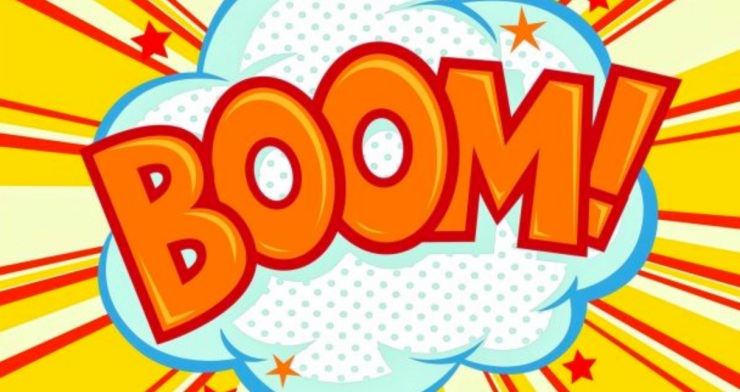 One may think so, but not Pharao.

It took many more demonstrations and even in the end, he rather let his army die than to give up pursuing the Israelites and to understand that GOD was more powerful than anyone or anything on his side.

Actually there are 2 points in this which are still valid today and I assume they will be until the end of this earth.

#1 GOD is more powerful than anyone and anything and when HE says “Let my people go!” they will be free in the end

To be fair, this story also demonstrates that the enemy does have powers, too.
And that he is able to perform signs and wonders and “miracles”.
This is what constantly happens and it is something that the devil abuses a lot to ensnare people and to deceive them – and it is absolutely understandable when they fall for his lies.
Imagine if you had only seen the first part, that the magicians who lived with Pharao threw down their rods to the ground and they became snakes.
You would have been impressed and would have believed that they have great supernatural powers, wouldn’t you?
Everybody would have.
And sadly, this is as far as most people go.
They don’t educate themselves and find out who has the ULTIMATE power.
GOD never said that the devil had no power at all.
What HE said is that HIS power is greater and that HE will be victorious.

You see, GOD is telling us the truth.
Whereas the devil is trying to fool us into believing that HE has the ultimate power.
Which is a lie.

So if you have “watched”/read the story until the end, you will have seen (and you will still see it today every single time) that GOD is the one who wins.
OUR GOD.
THE GOD OF ABRAHAM, ISAAC and JACOB, THE GOD OF ISRAEL, THE FATHER OF JESUS CHRIST.

I like this story so much, because it has such a powerful message and when someone hears it, this image of the snake swallowing the other snakes will stick in their heads.

And there will hopefully be a lasting impression in them about who has the ultimate power, who has the final say!

For we all know how it ended and that Pharao DID let GOD’s people go.

#2 the devil and his servants will never admit that there is nothing they can do against GOD, they will rather die

But that is something that people who are fooled by satan will never admit or they will always try to argue with this fact.

Not only regarding the story in the book of Exodus, but all the time regarding everything.

They will never, ever stop.

You could perform a miracle right in front of them in JESUS’ name and they wouldn’t believe that HE is GOD.

It is hard to even talk to them, because there is so much nonsense in them, so many lies of the enemy they believe and so many false teachings they “swallowed”.
At the same time, in these moments, we must remember that it is not our own righteousness we have in us and it is something of our own merit, but the only reason why we have found the truth is because GOD has lifted the veil from our eyes and because HE has chosen us, no reason to become arrogant or consider us any better than them – it is not their fault that they don’t know the truth!
They have been deceived.
Just like many of us were living in darkness before they learned the truth about GOD and JESUS and THE HOLY SPIRIT.

Stories like these can make them think though – if we tell them lovingly and humbly.

I think that’s one of the most important things we need to do when we spread the good news: be humble and kind.
I don’t think I am getting it right all the time, but it is my intention.
And I pray every time before I go out or before I speak to someone that I wouldn’t be patronizing and that THE HOLY SPIRIT would help me to find the right words and to present the truth in a manner so that the other person can at least listen to what I have to say and can perhaps even consider my words later, without being offended and without having to get angry at me, because I am telling them something they won’t like.

Sometimes, we don’t even have to speak –  or not all the time… it is my goal to be so full of JESUS and not of myself, so at peace, so purified, so holy, that people will come and ask me what it is that I have – rather than me having to argue with them, because I believe it is much more powerful to be a living example and to show them by our works and by our fruit that we are CHILDREN OF THE MOST HIGH, than to preach “over them” and bash them with the bible and then they will only walk away and have even more reservations or perhaps even resentments…

Anyhow, I love the story and I though I’d bring it up again to remind us or to tell it to those of you who hadn’t heard it.

It is because of what HE did for our ancestors back then and because of what followed, because HE even came down HIMSELF to settle the battle once and for all, because of HIS love and kindness can we live as FREE PEOPLE today.

Exodus 7: 1-12
And the Lord said unto Moses, See, I have made thee a god to Pharaoh: and Aaron thy brother shall be thy prophet.
2 Thou shalt speak all that I command thee: and Aaron thy brother shall speak unto Pharaoh, that he send the children of Israel out of his land.
3 And I will harden Pharaoh’s heart, and multiply my signs and my wonders in the land of Egypt.
4 But Pharaoh shall not hearken unto you, that I may lay my hand upon Egypt, and bring forth mine armies, and my people the children of Israel, out of the land of Egypt by great judgments.
5 And the Egyptians shall know that I am the Lord, when I stretch forth mine hand upon Egypt, and bring out the children of Israel from among them.
6 And Moses and Aaron did as the Lord commanded them, so did they.
7 And Moses was fourscore years old, and Aaron fourscore and three years old, when they spake unto Pharaoh.
8 And the Lord spake unto Moses and unto Aaron, saying,
9 When Pharaoh shall speak unto you, saying, Shew a miracle for you: then thou shalt say unto Aaron, Take thy rod, and cast it before Pharaoh, and it shall become a serpent.
10 And Moses and Aaron went in unto Pharaoh, and they did so as the Lord had commanded: and Aaron cast down his rod before Pharaoh, and before his servants, and it became a serpent.
11 Then Pharaoh also called the wise men and the sorcerers: now the magicians of Egypt, they also did in like manner with their enchantments.
12 For they cast down every man his rod, and they became serpents: but Aaron’s rod swallowed up their rods.

I hope and pray that this will inspire, heal and bless you. And that THE LORD will bless you abundantly in all areas of your life, that HE will keep you and shine HIS face upon you and bring you peace. In JESUS’ name I pray. AMEN.

Follow Witness for Jesus on WordPress.com
Join 179 other subscribers